This is a country of mountains and legends, famous for its viticulture and wine-making. This introductory tour spends time in the beautiful capital Tbilisi which is your base for the trip. From here you visit the ancient settlement of Uplistsikhe, the UNESCO World Heritage site of Mtskheta, the mountains of the Caucasus and the Kakheti region, famed as the centre of viticulture.

DAY 2
After breakfast your guide takes you on a walking tour of Tbilisi to visit the old city and the 13th century Metekhi Church, the Sulphur Baths, the 4th century Narikala Fortress; Sioni, Trinity Cathedral and Anchiskhati Basilica. Tbilisi is said to represent the meeting point of East and West, a Silk Road crossroads where Arab, Ottoman, Mongol, and Russian imperial forces each left their own distinctive cultural mark. In the heart of the old town, rugs dangle from whitewashed wooden balconies and bearded Georgian Orthodox priests jostle with tourists on narrow cobblestone streets. You have the afternoon at leisure to shop and walk on Rustaveli Avenue.
Overnight The Rooms hotel, Tbilisi

DAY 3
After breakfast you are driven to Gori, the birthplace of Joseph Stalin to see the house where he was born before continuing on to Uplistsikhe, which is identified by archaeologists as one of the oldest urban settlements in Georgia. Strategically located in the heartland of ancient kingdom of Kartli (or Iberia as it was known to the Classical authors), it emerged as a major political and religious centre of the country.
After lunch [not included], you are driven back to Mtskheta (UNESCO Heritage Site), an ancient capital of the Georgian Kingdom from the 3rd century BC to the 5th century AD. You visit Svetitskhoveli Cathedral built in the 11th century and then drive up to Jvari Monastery (6th c.) before returning to Tbilisi.
Overnight The Rooms hotel, Tbilisi

DAY 4
A full day tour to the Caucasus mountains. You drive to Kazbegi on the Georgian military highway, visiting Ananuri fortress by the Jinvali water reservoir en route. As you climb into the mountains towards Gudauri ski resort, you see the Soviet architectural monument at 2100 metres above the sea level. Continuing via Jvari mountain pass (2395m), you then descend to panoramic views of the Truso valley near Kobi village. Reaching Stepantsminda, also known as Kazbegi, you stop for lunch [not included] before meeting your local guide and transferring into a 4WD to tackle the muddy road up to the 14th century Gergeti Trinity church. This striking church sits on top of a hill in the shadow of the mighty Mount Kazbek. You then return to your car for the drive back to Tbilisi.
Overnight The Rooms hotel, Tbilisi

DAY 5
After breakfast you are driven to the Kakheti region, famed for its vineyards. You stop first at Bodbe monastery, an Orthodox Church of Georgia containing the shrine of St Nino, the 4th century female evangelist of Georgians. From here you travel on to Sighnagi, a small 17th century town built on the hills rising from the Alazani valley, and featuring typical Georgian architecture and cobblestone paved streets. You drive then along the valley with magnificent views over the higher Caucasus that run along the valley and provide the evening cooling wind over the Kakhetian vineyards. After lunch [optional extra to have lunch and wines with a local family], you visit a local vineyard and wine museum where you can taste a selection of local wines. You return to Tbilisi over Gombori mountain pass.
Overnight The Rooms hotel, Tbilisi

DAY 6
Day at leisure before transferring to the airport for your flight home. 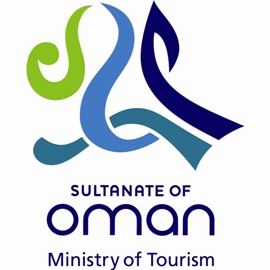