Without doubt, one of the world’s most surreal places, the Jordan Rift Valley is a dramatic, beautiful landscape, which at the Dead Sea, is over 400 metres (1,312 ft.) below sea level. The lowest point on the face of the earth, this vast, stretch of water receives a number of incoming rivers, including the River Jordan. Once the waters reach the Dead Sea they are land-locked and have nowhere to go, so they evaporate, leaving behind a dense, rich, cocktail of salts and minerals that supply industry, agriculture and medicine with some of its finest products.

The Dead Sea is flanked by mountains to the east and the rolling hills of Jerusalem to the west, giving it an almost other-worldly beauty. Although sparsely populated and serenely quiet now, the area is believed to have been home to five Biblical cities: Sodom, Gomorrah, Adman, Zebouin and Zoar.

One of the most spectacular natural and spiritual landscapes in the world, the Jordanian east coast of the Dead Sea has evolved into a major hub of both religious and health & wellness tourism in the region. A series of good roads, excellent hotels with spa and fitness facilities, as well as archaeological and spiritual discoveries make this region as enticing to today’s international visitors as it was to kings, emperors, traders, prophets and pilgrims in antiquity.

The leading attraction at the Dead Sea is the warm, soothing, super salty water itself – some ten times saltier than sea water, and rich in chloride salts of magnesium, sodium, potassium, bromine and several others. The unusually warm, incredibly buoyant and mineral-rich waters have attracted visitors since ancient times, including King Herod the Great and the beautiful Egyptian Queen, Cleopatra. All of whom have luxuriated in the Dead Sea’s rich, black, stimulating mud and floated effortlessly on their backs while soaking up the water’s healthy minerals. 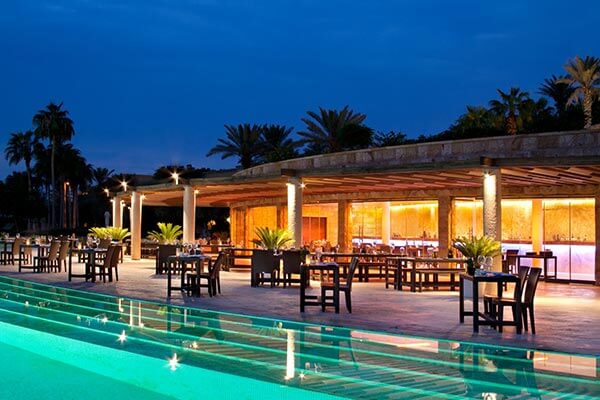 Situated on the shores of the Dead Sea, the Kempinski Hotel Ishtar is one of the most luxurious of the Dead Sea hotels. The hotel has a choice of bars and restaurants, nine outdoor swimming pools, a health club and tennis courts. 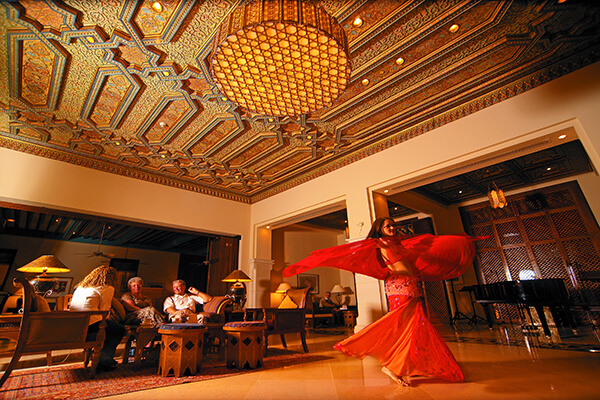 The Mövenpick Resort & Spa Dead Sea is found in a traditional village setting nestled amongst lush gardens that serve to restore your well-being and balance. Set on the northern shores of the Dead Sea, the resort and its Spa is an oasis of tranquillity.
Find out more 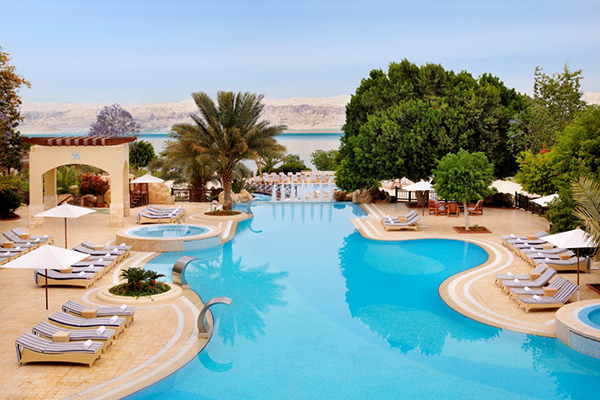 With spacious rooms with individual climate control, mini-bar, in-room safe, hair dryer, iron and views of the Dead Sea from almost every room, this upscale resort offers a luxurious spa with an endless array of treatments. 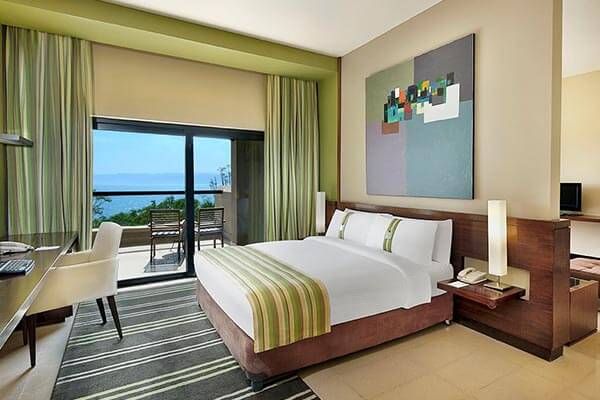 This family friendly hotel on the shores of the Dead Sea offers 3 heated pools and indoor and outdoor children’s areas as well as a fitness centre and spa treatments. 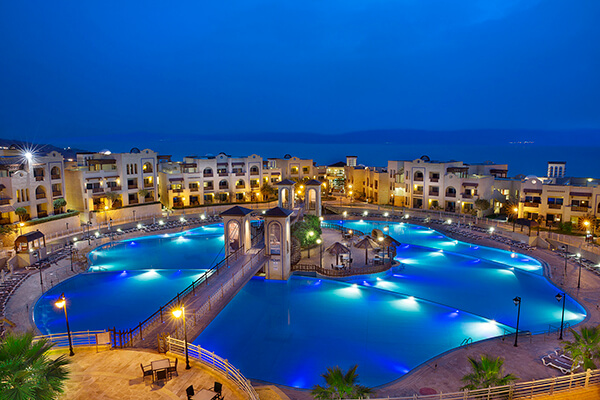 With an on-site spa and unique salt-water jacuzzi, 7 restaurants and bars, and kid’s club, this Resort offers a relaxing and comfortable environment for your Dead Sea experience.